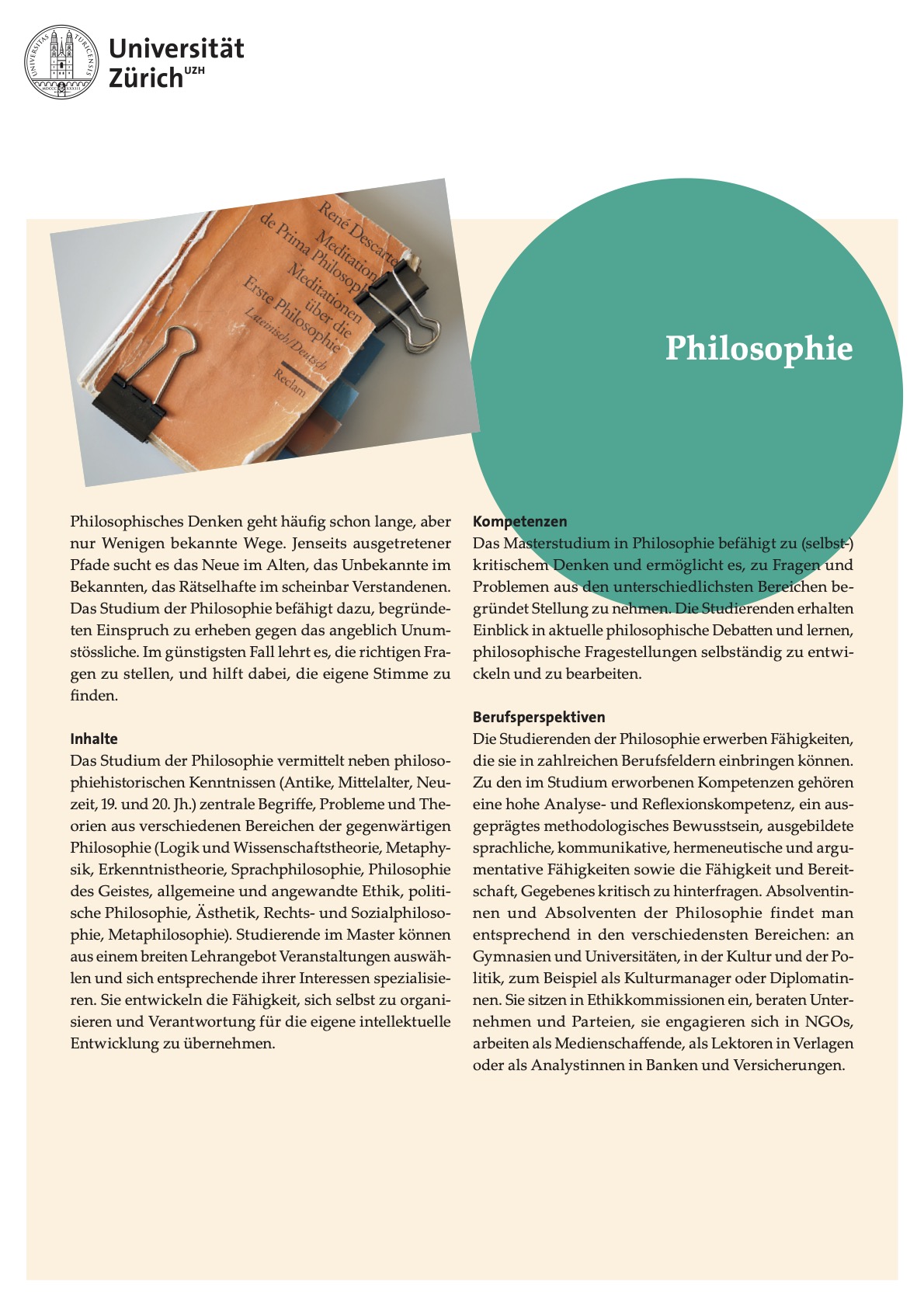 Flyer for prospective students in Philosophy 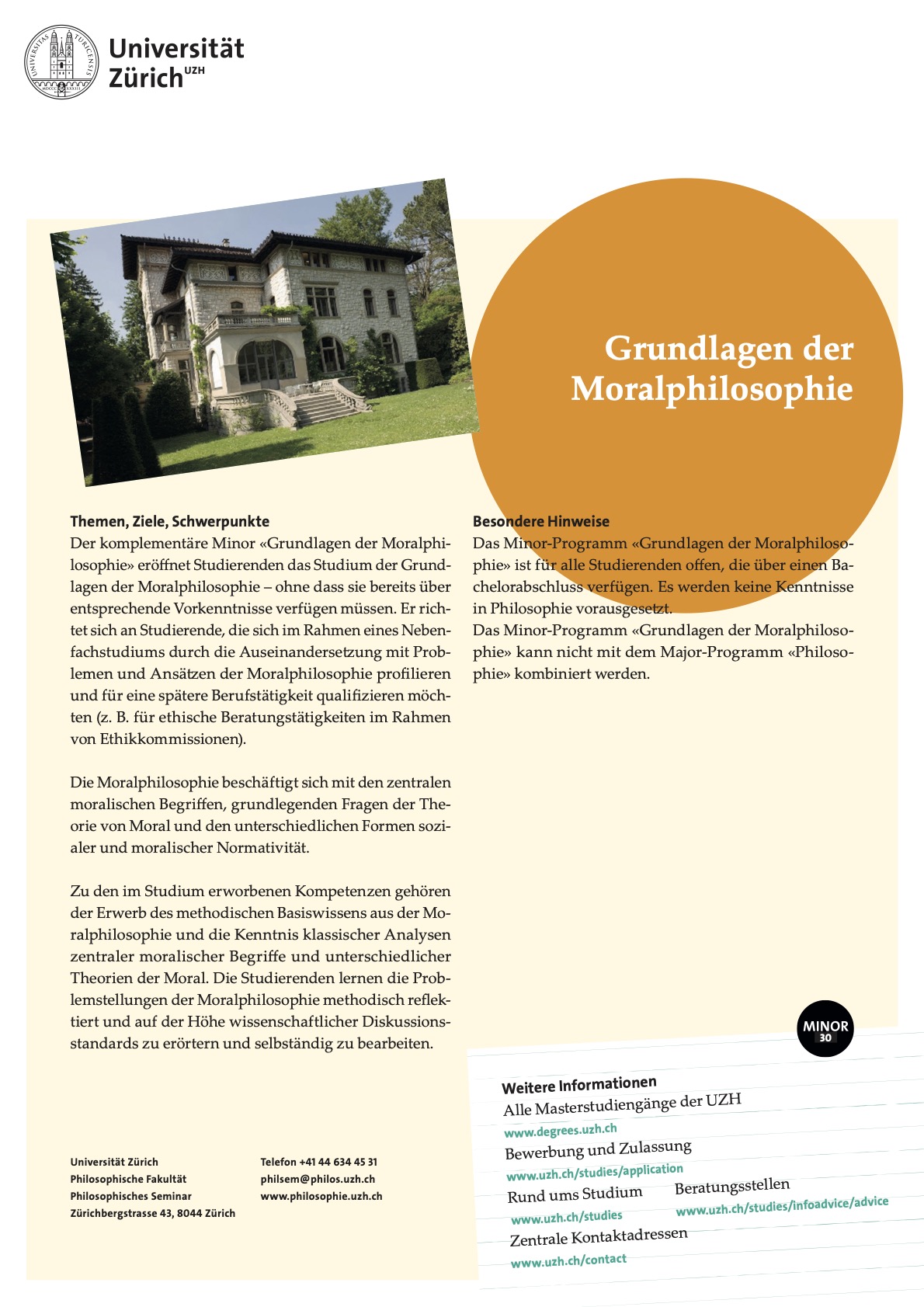 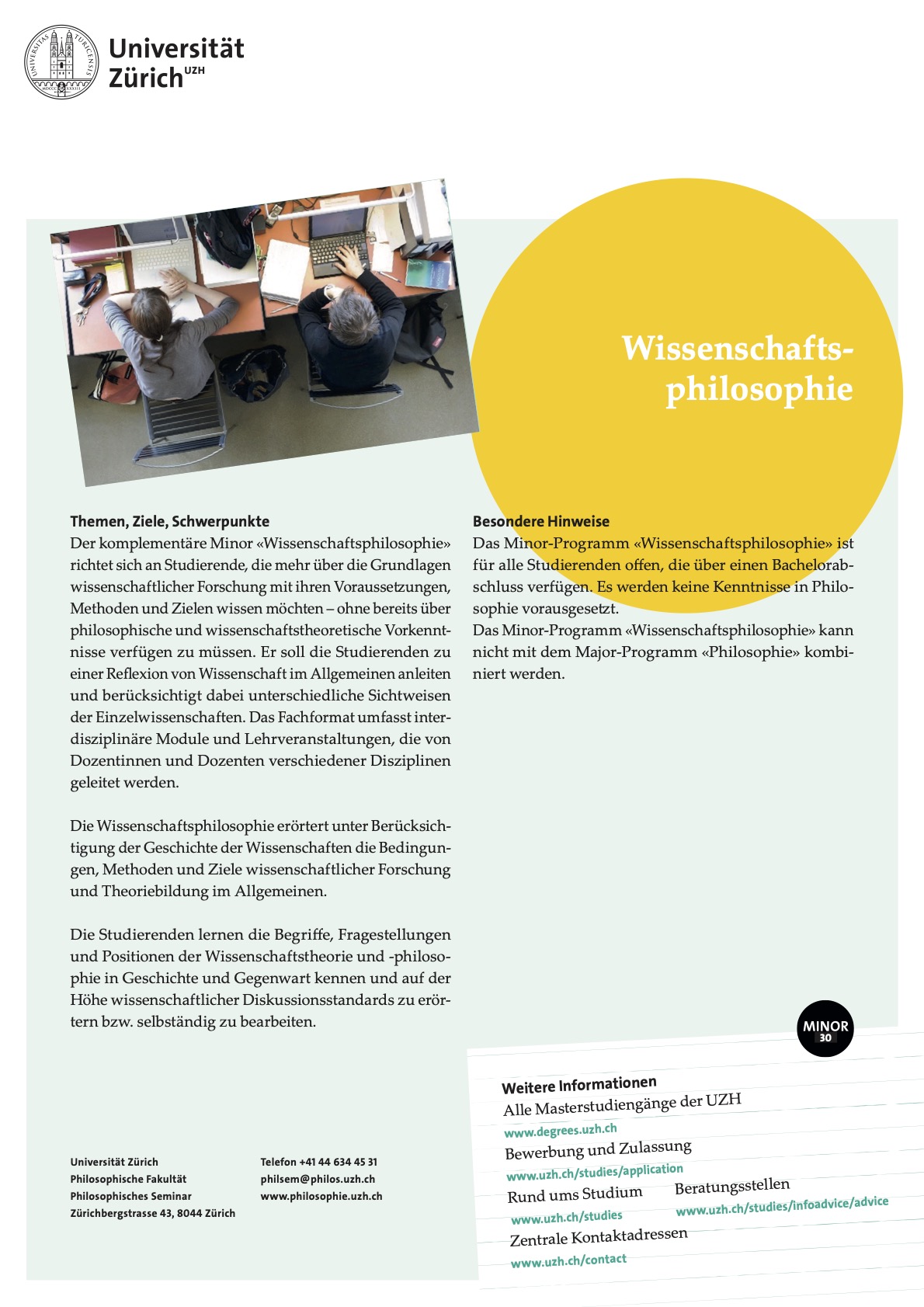 The Department of Philosophy’s Study Programs

Please consult the Office of Student Affairs’ web page on Application and Admission.

The regulations and explanatory documents for the Bachelor’s and Master’s study programs mentioned below are available from the website of the Office of Student Affairs.

Written work, term papers as well as Bachelor's and Master's theses must be submitted with a signed declaration of independent work in which it is attested that the work was written independently and without the use of prohibited resources.

Where a student is guilty of dishonesty in the completion of an assessment, he or she will be considered to have failed the corresponding module. Disciplinary proceedings may also be initiated in accordance with the University’s Disciplinary Regulations.
The Teaching Commission of the UZH has published a leaflet describing the University’s policy on plagiarism(German only).